So we stayed at Stone Mountain Park Campground the last week of October 2016.
We were on the O trail, site #416.

I gotta say I have very mixed emotions about the stay. Our site was pretty nice. It was located close to the water with a decent view of it from the patio behind the trailer. But, you see, that's the biggest problem. In our opinion, they built the campground backwards. That is to say, you open your trailer out to the street, not towards the lake. So when you are sitting at your picnic table. Everyone driving by sees you, you see the road and nobody sees the lake. Every car that comes by gets to look at what you're doing, what you are watching on TV, what you are eating...you get the point.

There are fire pits circles of rocks someplace on each campsite. Ours was about 2 feet from the road on the other side of the stone wall that lined our patio area. Not at all convenient.

And ours was a good site! I can't tell you how many trailers and RV's I saw all crooked and unlevel because the camp sites were in such BAD condition. I think the last time it was paved was when it opened. Huge ruts or bumps, pavement missing, it was a mess. There are campsites that if you had a trailer like mine (door near the rear) and stepped out the door, you would fall and break a leg because it dropped off 5-10 feet. I would not recommend it. Now up at the fancy end of the campground it's all different. Flat sites with decks and propane grills. If you're into the KOA style camping, that end is for you.

We were fortunate because I had read reviews so I brought a bunch of 2x8 lumber to level us out with. Wasn't too bad, we only had to go up 3 inches on the side, like I said, we had a good site. And I was able to build up level spots for the stabilizers to rest.

I felt really bad for a couple guys next to us one night. They had one of those Cruise America rentals so they were totally unprepared to be parking uphill. One of them was in a wheel chair and I knew there was no way he was going to be comfortable in that RV with it pointing uphill like it was. I loaned them a few pieces of my lumber so they could at least get close to level by propping the boards up on rocks to build ramps so they could at least raise the rear about 4 inches and they were still pointing uphill.

We had a good time nonetheless. We road the Train, went to the top of the mountain, went on a hay ride and painted some pumpkins. It was the first camping trip for my 5 month old grandson so that made it perfect. 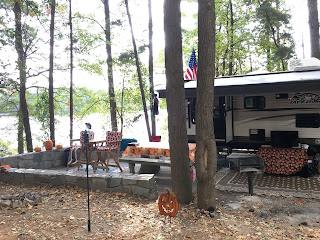 We decorated for Halloween. 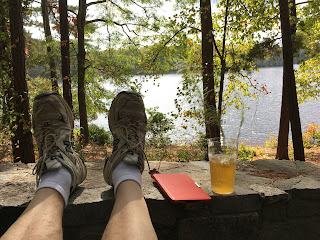 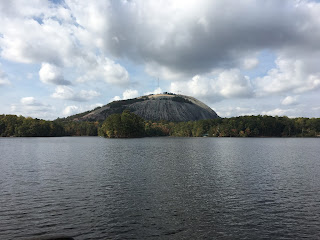 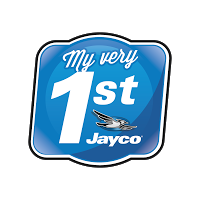